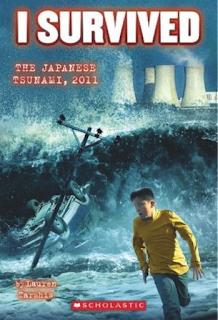 Visiting his dad’s hometown in Japan four months after his father’s death is hard enough for Ben. But one morning, the pain turns to fear; first, a massive earthquake rocks the quiet coastal village. The ocean waters rise, and Ben and his family are swept away – and pulled apart – by the terrible tsunami.

After reading a story about someone surviving a tsunami, I still have difficulty believing someone could live through one. Click on the YouTube link to see rare footage of the Japanese tsunami in action:
https://www.youtube.com/watch?v=oWzdgBNfhQU&t=64s

Interesting Fact: Most earthquakes last a few seconds; the Tohoku earthquake lasted, in some areas, for more than 5 minutes! 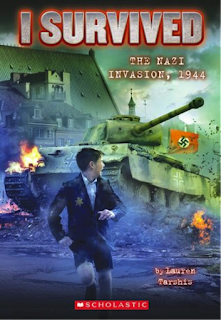 In a Polish ghetto, Max and his sister, Zena, struggle to live after the Nazis take their father away. With barely enough food to survive, the siblings make a daring escape from Nazi soldiers into the nearby forest. Jewish resistance fighters bring Max and Zena to a safe camp but soon, bombs are falling all around them.

Adolf Hitler was the evilest person in the history of Earth, and World War II was the darkest time in history. This whole war just lowered my faith in humanity, how so many people were brainwashed into ‘hating’ Jews for no good reason. But some people risked their lives to help Jews escape or hide them from the Nazis, which restored my faith in humanity.

Interesting Fact: Hitler and many Nazi leaders took their own lives when it became clear that Germany would lose the war. What a bunch of cowards! 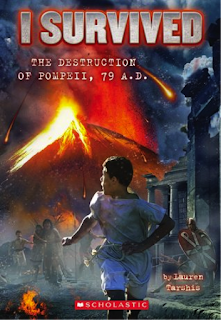 No one in the bustling city of Pompeii worries when the ground trembles beneath their feet. The beast under the mountain Vesuvius, high above the city, wakes up angry sometimes and always goes back to sleep.

But Marcus is afraid. He knows something is wrong, and his father, who trusts science more than mythical beasts, agrees. When Vesuvius explodes into a cloud of fiery ash and rocks fall from the sky like rain, will they have time to escape and survive the epic destruction of Pompeii?

If you liked this story, check out the ‘Doctor Who’ episode ‘Fires of Pompeii.’ If you like that episode, feel free to watch the whole series.

Interesting Fact: The eruption lasted for 3 days and buried Pompeii under 30 feet of ash and stone, preserving the city like a time capsule. 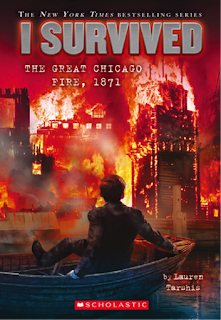 Oscar never wanted to come to Chicago. But then he finds himself just in the heart of the big city but in the middle of a terrible fire! No one knows exactly how it began, but one thing is clear: Chicago is like a giant powder keg about to explode.

An army of firemen is trying to help, but this fire is a ferocious beast that wants to devour everything in its path, including Oscar!

The one good thing that came out of this disaster was that people realized that building everything, even the sidewalks, out of wood was a stupid idea. That seems to be a running theme with disasters; people neglect safety, something terrible happens, and people fix it.

Interesting Fact: It was rumored that the fire was started by a cow, owned by a woman named Catherine O’Leary, knocking over a kerosene lamp. This is a famous story, but this is not true. The main culprit was a drought that had gripped the entire Midwest for more than a year before the fire. In Chicago, only 1 inch of rain had fallen since early July. The whole city was bone dry. 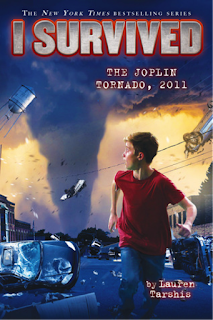 Dexter has always wanted to see a tornado, so when he gets the opportunity to go storm chasing with the famous Dr. Norman Gage, he has to say yes. Dr. Gage is the host of Tornado Mysteries, the show that Dex and his older brother, Jeremy, watched every night until Jeremy joined the U.S. Navy SEALs and left Joplin.

Dex knows how deadly tornados can be, but this one isn’t heading toward Joplin, and wouldn’t it be great to have a brave and exciting story to tell Jeremy when he comes home? But when the tornado shifts directions, Dexter’s bravery is about to get seriously tested . . .

After reading about tsunamis, earthquakes, hurricanes, fires, and now tornadoes, it’s hard to say which one causes the most destruction. If you want to see just how scary a tornado can be, click on the YouTube link:
https://www.youtube.com/watch?v=WABqwKjQM_c

Watching those trucks fly through the air is insane.

Interesting Fact: An average of 1,000 tornados touch down in the U.S. every year. 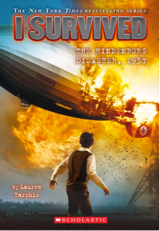 For Hugo Ballard, flying on the Hindenburgis a dream come true. Hugo, his parents, and his 4-year-old sister, Gertie, are making the thrilling 4-thousand-mile journey across the Atlantic in a zeppelin as giant as the Titanic. But as the zeppelin gets ready to land, a blast rocks the Hindenburg, and fire consumes the ship. The entire disaster lasts a mere 32 seconds. But in those few seconds, Hugo finds himself separated from his family and in a desperate race to escape the flames.

I found this story more interesting than scary. Many people don’t know much about the Hindenburgexcept that it crashed. It’s sad that after the Hindenburg crashed, people were too scared to fly zeppelins because flying in a zeppelin seemed really cool. Unlike airplanes, zeppelins flew just a few hundred feet above the ground, and you could see whales and dolphins leaping out of the ocean. How cool is that!

Interesting Fact: The zeppelin from the Pixar movie ‘Up’ was modeled after the Hindenburg’s sister ship, the Graf Zeppelin. 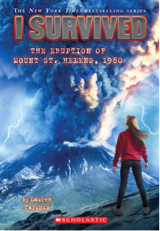 Jessie Marlowe has grown up with the beautiful Mount St. Helens always in the background. She’s hiked its winding trails, dived into its cold lakes and fished for trout in its streams. Of course, she knew the mountain was a volcano but not the active kind. Then Mount St. Helens explodes with unimaginable fury. Jess suddenly finds herself in the middle of the most destructive event in U.S. history.

This is the latest ‘I Survived’ book and the first to feature a girl as the main character. Jess is just as strong as any of the boys in the first 13 books. Any boys who don’t read this book just because there’s a girl on the cover are shallow.

Interesting Fact: The main volcanic cloud rose between 12 and 15 miles into the sky, into the Earth’s stratosphere.

I don’t know if Lauren Tarshis plans to write more ‘I Survived’ books. I hope she does.