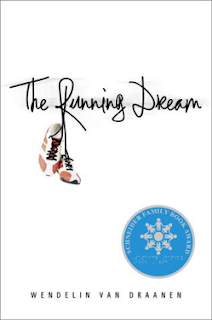 After Jessica loses her leg in a bus accident, she thinks her life it over. She’s not comforted by the news that she’ll be able to walk with the help of a prosthetic leg. Who cares about walking when you live to run?
As she struggles to cope with crutches and her first cyborg-like prosthetic, Jessica feels oddly both in the spotlight and invisible. People who don’t know what to say, act like she’s not there. Which she could handle better if she weren’t aware that she’d done the same thing herself to a girl with cerebral palsy named Rosa. A girl who is going to tutor her through all the math she’s missed. A girl who sees right into the heart of her.
I think Jessica handled it pretty well all things considered. I mean she lost her leg for Pete’s sake! And at a young age that’s just plain scary! I can’t imagine not having a leg when just having any sort of injury is so difficult. I’ve had problems plantar fasciitis, both ankles and shin splints and they are all pains in the leg.
I tried to recommend this book to my nephew who’s interested in prosthetic limbs but this is more a girl’s book and I have yet to convince him.
Just for the heck of it, here’s a picture of a few different prosthetics. 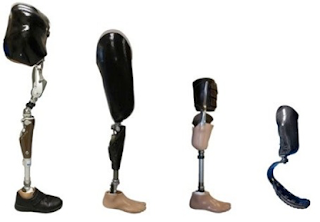 The Journey Trilogy by Aaron Becker

‘The Girl from the Well’ Series by Rin Chupeco