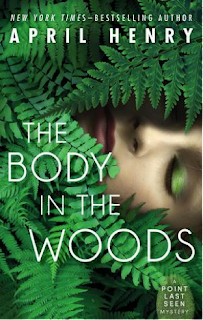 Alexis, Nick, and Ruby have very different backgrounds: Alexis has spent her life covering for her mom’s mental illness, Nick’s bravado hides his fear of not being good enough, and Ruby just wants to pursue her eccentric interests in a world that doesn’t understand her. When the 3 teens join Portland County Sheriff’s Search and Rescue, they are teamed up to search for a man lost in the woods, what they find instead is a dead body. In a friendship that will be forged in danger, fear, and courage, the 3 team up to find the girl’s killer before he can strike on of their own.
This is the first book in the ‘Point Last Seen’ Series and it is awesome. 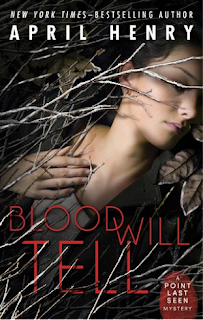 When a woman’s body is found in a Portland park, suspicion falls on an awkward teen who lives only a few blocks away, owns several knives, loves first-person shooter video games, and doodles violent scenes in his school notebooks. Nick Walker goes from being a member of a Search and Rescue team to the prime suspect in a murder, his very interest in SAR in seen as proof of his fascination with violence. How is this even possible? And can Alexis and Rudy find a way to help clear Nick’s name before it’s too late?
The thing I like about these books is that it not only shows you the point-of-view of the main 3 characters but also into the mind of psychopath of each story. When you’re in the psychopath’s mind it gives you a hint of who the psycho might be but then it turns in a different direction and you learn you were wrong the whole time. This happens in both books.
I don’t know if April Henry plans on writing a third book but I’m hoping she does.
0 Comments
0 Likes

Texting the Underworld by Ellen Booraem